Tonight I went to the beach to see the comet! Dad heard there's a comet that's passing by, so we drove to the beach on the north shore and waited for the sun to set and the stars to come out. It was a bit hard to find, cuz there was some haze & the light pollution doesn't help, but if you squint just right, you'd see the comet! :D If you had binoculars you could see it a bit better & I bet if we had a telescope we could really see it. But I did and Dad took some pix. I also saw the international space station. It was as bright as a plane and about as big, except unlike a plane it didn't blink, plus that thing can MOVE!! I also saw a specioal kinda of fireball type meteor called a bolide*. That was pretty cool as it looked like a bright flash of light, followed by a trail of golden particles streaking across the sky. :D

*A bolide is a special type of fireball which explodes in a bright terminal flash at its end, often with visible fragmentation. from https://www.amsmeteors.org/fireballs/

EDIT: The comet's name is Neowise. It's in the northwest sky below the Big Dipper & can be seen with binoculars. You can see it with the naked eye, but it's really HARD to do so. Places that are wide open, where you can see the horizon, like an open field or a beach, is probably where it'll be the easiest to see. Also a place with little to none light pollution is also good.

EDIT 2: for those of you who wanted to see it: 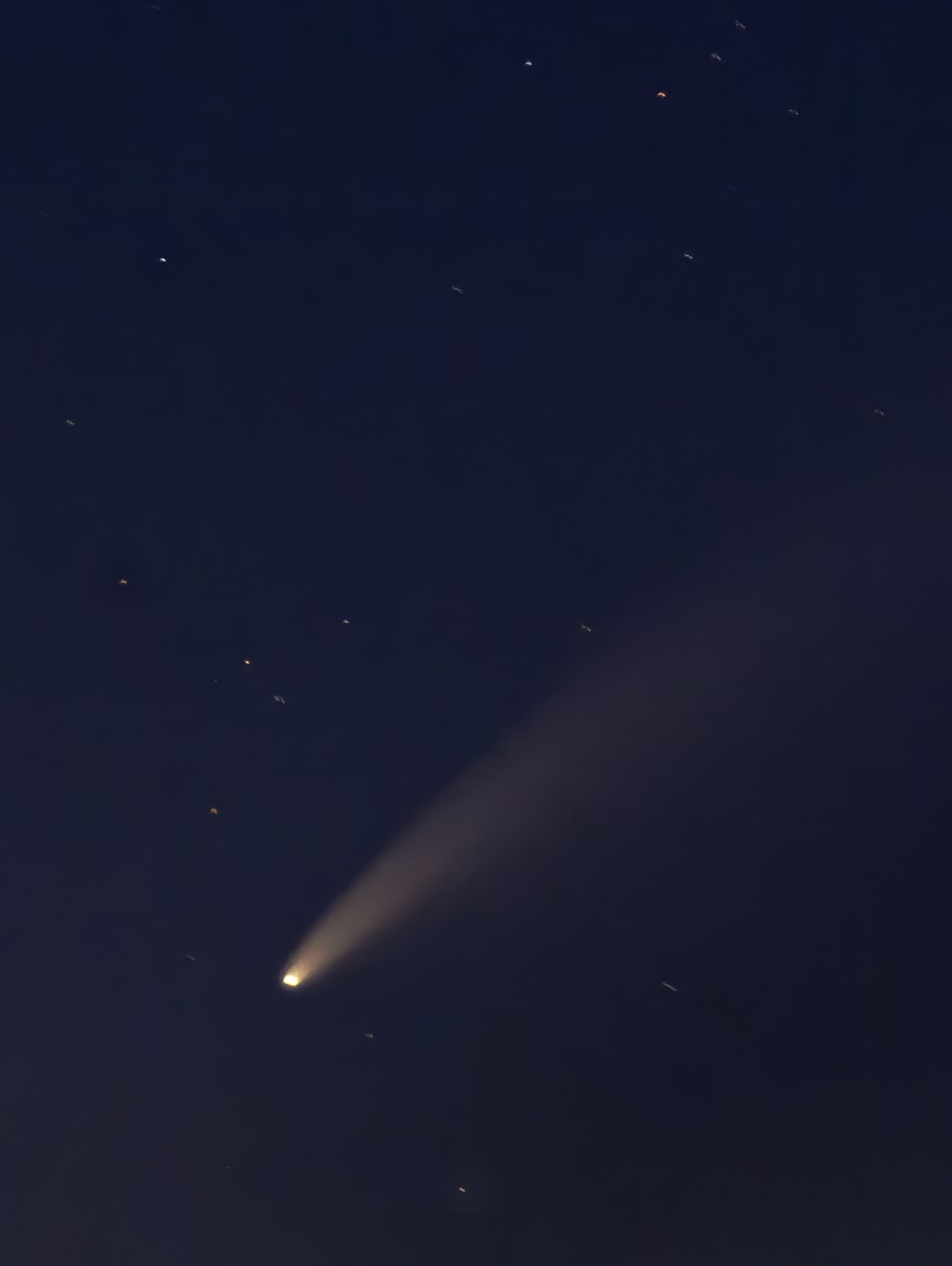